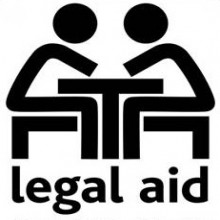 The slow move toward a fair legal aid system has progressed with a recent victory for Rights of Women in the Court of Appeal, leading to changes in the evidential criteria for those seeking legal aid in domestic violence cases.

Back in 2012, legal aid was obliterated by cuts, slashing access to justice for some of the UK’s most vulnerable and intimidated people. One of the areas devastated by cuts was Family Law, with a strict evidence criteria and tight income limits stopping record numbers of people seeking legal advice. Since then, domestic abuse organisations, family lawyers and legal rights groups have increasingly and persistently called on the government to broaden the accessibility of legal aid to domestic violence victims and address this injustice.

Family law has the capacity to protect both adults and children from abuse in a number of ways. Court protection orders can provide domestic violence victims with options to enable them to leave violent living situations safely, as well as protect children from threats of removal from the UK. However, lack of funds or evidence and an abundance of fear can block victims from seeking the legal advice which could free them and their children from abuse. Research by Rights of Women reports shocking statistics of 58% of respondents taking no legal action as a result of not being able to apply for legal aid. Further, 26% paid a solicitor privately and 26% represented themselves at court. This clearly illustrates the effect of the restrictions in LASPO 2012; a Legal Aid scheme which traps victims in unsafe and abusive relationships.

Lord Longmore’s ruling has exposed these restrictions as “unlawful” and put into effect interim regulations to remedy the situation immediately. Shortcomings in the LASPO 2012 addressed by the interim regulations are; no provision for financial abuse, no inclusion of the new Female Genital Mutilation protection order (which came into force in 2015) and a supporting evidence age limit of 2 years.

By extending the evidence time limit from 2 years to 5 years, the scope of those able to seek legal aid for abuse is greatly widened. This allows longer for situations where evidence is difficult to provide as well as being inclusive to victims for whom it has taken longer to find the courage to speak out.

The restrictive remit of the LASPO 2012 has by no means been reversed, but the Court of Appeal ruling and subsequent interim regulations are a move towards a fairer, more just Legal Aid system.