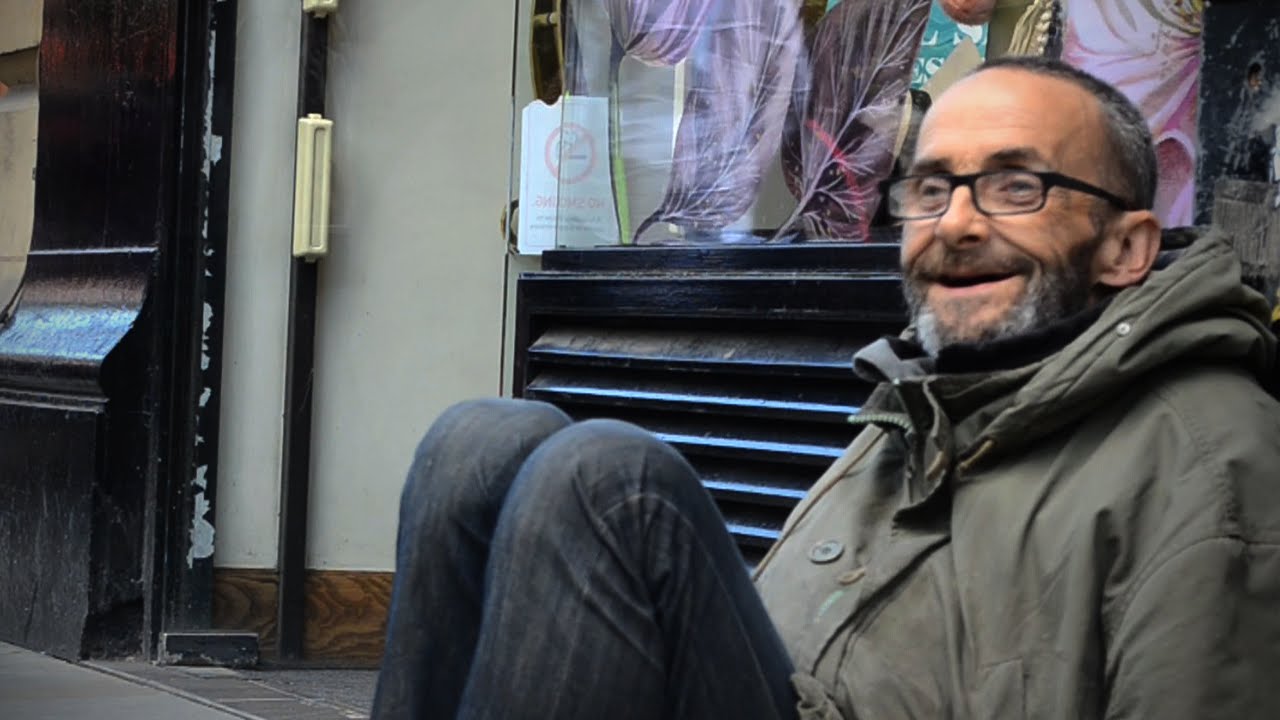 Arriving in Manchester, you’re rapidly made aware of the city’s homelessness crisis, live here and you’re all too used to seeing rough sleepers and beggars on the streets, in living situations you wouldn’t wish on your worst enemy. Jenny Osbourne (Strategic Lead for Adults’ Health, Manchester City Council) has, rightly, described it as a “public emergency”. The situation used to be nowhere near the level of crisis it’s at now, even just a few years ago, so what happened? How did we get here and why isn’t the problem being tackled? If you’re living and working in Manchester, you most likely find yourself hurriedly stepping around rough sleepers on your way to work with half your brain focused on your first meeting and the other half painfully aware of the social inequality between you and the human obstacle you just cleared. The Homelessness crisis is certainly an issue which we should all be addressing, together. It’s a vastly complex issue I can’t hope to cover entirely but I can offer a quick overview as to some of the causes and catalysts of homelessness and the barriers to finding a solution.

What do we know about the life-expectancy of rough sleepers in Manchester?

What do we know about numbers?

Ok, we know that the head count of rough sleepers done in December 2015 found 70 people; we also know that figure is inaccurate. Head counts don’t work for a number of reasons; e.g. because the police move people about or because rough sleepers that are using services are easily missed in the count. What we do know, is that the equally inaccurate headcount done in exactly the same way the year before found 43, which shows a 63% rise. The same headcount shows a ten fold rise from 2010 to 2016, which shows a stark increase.

We have “no idea” (Jenny Osbourne) how many ‘hidden homeless’ there are living NFA (no fixed abode) in Manchester, living in unstable, insecure accommodation with friends and family, constantly moving around and unsure of where they’ll find their next bed.

What we do know is that, last year, 6,000 people presented as homeless at the town hall, that’s because the council have a duty to assist those it finds are homeless, however, there are specific criteria which must be met for the Local Authority to declare you as homeless and this is called statutory homelessness.

Here’s the thing about statutory homelessness:

You will only get assistance if;

Now, here’s the thing about that; the first criteria is that you are unintentionally homeless, regardless of whether they find you to be in priority need. The reality is that often the complex needs which get a homeless person the accommodation in the first place are the same reason they find themselves homeless again, especially when significant cuts to the NHS and charity support services mean that there is an overwhelming lack of support for Manchester’s newly accommodated homeless. To illustrate, here’s the story of a young woman I met volunteering at MASH (Manchester Action on Street Health);

Sarah (not her real name) was NFA (no fixed abode) for months, she’d stay on friend’s sofas, or with boyfriends, her accommodation was always temporary and very insecure, she could be kicked out at any time and she was, regularly. She’d spend her days at MASH and other city centre services, working on the streets or at the camps with the homeless community she knew well. If she didn’t have a friends place to stay she’d sleep in the homeless camps. We fought hard to make a case for her at the town hall to get her a safe, steady home. After jumping through all the necessary hoops we got her a place in a supported housing scheme in South Manchester. The scheme had a requirement that residents sleep there at least 4 nights a week or it was judged they weren’t in need. Sarah suddenly found herself far away from her community and dealing with new issues she wasn’t ready for. She wasn’t used to not sharing her space or being alone. She’d go back into the city centre, to the camps, she’d go and find the community she was used to. Between that and the sex work she did at night it wasn’t long before her 4 night minimum was out the window. Sarah was evicted from her accommodation and once again made homeless. She hadn’t stopped staying there because she had a better offer; she’d struggled with the lack of support, the lack of community, being alone far away from her support network. Clearly, Sarah had complex needs which had led to her struggling to adjust to her new accommodation, but in the eyes of the council she was now intentionally homeless. So now she was back to square one, with no hope satisfying the statutory homelessness criteria and therefore no hope of receiving help from Manchester City Council.

It’s not just those like Sarah, the priority need requirement makes it incredibly hard for men to satisfy the statutory homeless criteria, blocking them from accessing help. Alan Webster, a Big Issue Vendor put it simply when he said “as a single male I’m nobody’s priority”. Of course, the men on the streets are vulnerable to all kinds of attacks they suffer from everyday, but according to legislation they aren’t deemed to be in need of assistance.

I actually feel quite sorry for the council; they’ve inherited 40 years of housing policy that has failed to deliver, resulting in a huge housing shortage. They don’t have any money, at all. Even if they miraculously did find the money to build the houses that are so badly needed, they’d only have to sell them to the tenants at massive discounts because of Right to Buy. This means no revenue is generated to build anymore housing stock. Even if, any money was generated from selling off the housing stock, the proceeds of sale would be ring fenced (that means they can only be spent in the area the house was sold), so the funds couldn’t be put towards where it was most needed.

Here’s the thing about Right to Buy; since 1988 council house tenants, and some housing association tenants, have had the right to buy their homes from the government at a discount of up to 66%. Right to Buy was brought in under Thatcher, the social houses that were sold off were never replaced which created today’s housing shortage. Forty years later and the result is that there is just not enough social housing for the people who really need it. The London estates that offered social housing to families who really needed it have now become des res for London’s hipsters. Thatcher’s housing policy changed Britain’s housing system, laid the foundations for the financial crash of 2008 and her legacy can be seen everyday in the homeless crisis we have today.

The trouble is Manchester City Council is bound by Housing and Homelessness legislation and can’t actually make decisions on its own homelessness policy. Policy is decided through legislation by parliament, so the same housing policy applies in Bath as it does in Manchester, clearly the two cities face very different challenges in tackling homelessness and a different approach is needed for each. The only way Manchester could take control and create its own policy for its own situation is if the powers to create housing and homelessness policy were devolved from London.

Here’s the thing about devolution; devolution means moving certain powers to legislate from the central government (London parliament) to Local Authorities. This empowers regions to make decisions (within agreed boundaries) according to local need. Examples of these are the Scottish Parliament, National Assembly for Wales and the Northern Ireland Assembly. Recently, there’s been increasing talk of Manchester becoming devolved. Since the 1st April, the NHS health and social care budget has been devolved to Manchester allowing local councils and health groups decide spending of £6bn budget, making Manchester the first English region to be given control over it’s health budget. So far, it’s unclear if powers to create homelessness policy will be devolved and, if so, to what degree. Even if powers were devolved in some capacity, Manchester and London would have to agree to the scope of devolved powers, so it’s unclear if it would make enough of a difference.

If powers to create homeless policy were devolved to Manchester AND a generous scope was given there are things Manchester City Council could do to greatly improve the homelessness situation; they could scrap the bedroom tax and they could follow Scotland and scrap the ‘priority need’ criteria to ensure more equal distribution of assistance.

Here’s the thing about bedroom tax; In April 2013 bedroom tax began forcing vulnerable families into debt by cutting housing benefit according to who lived there. If you had one spare room your housing benefit was cut 14% and 25% if you had two. This was pitched as a cut that would only affect those ‘hogging’ extra space they didn’t need, but the reality is often families affected by bedroom tax are unable to downsize to smaller houses due to the housing shortage, giving them no option but to fall into debt.

Now we’ve had a closer look at a few important factors, let’s recap and look at the whole picture;

What’s the solution? Manchester City Council are calling on big business to invest in Manchester, with the argument; if you do business here you should support our city. I agree that businesses making money in the city should support it, but it doesn’t address any of the deep rooted causes and catalysts that have resulted in our city’s crisis and I’m not all that reassured that the Council’s plan is essentially; ‘ask someone else’. It also reeks of Cameron’s ‘big society’ and it’s hard to hear anything but “Good luck guys, look after each other!”

Much more support is needed for those going into accommodation, a wrap around service would mean that those trying to rebuild their lives aren’t locked into bad habits, and won’t keep falling back into old communities to find the support they need. There’s no money for services like that and you’d be lucky to get anything that resembles a poor sketch of adequate support during a tory government, but, it doesn’t mean we shouldn’t aim for it. So what can we do right now, to help, to try to offer whatever we can to support Manchester’s homeless population? We all need to get more involved, the government is seriously out of its depth and if nothing else we, normal, everyday people have man power, if we work together. We could all donate more or volunteer more; the consistency of having a stable mentor could make all the difference in some cases. If not that, we should keep talking about it, keep making ourselves aware of the issues faced by our homeless population and tackle the invisibility of homelessness and the myth that it’s something that happens to someone else.