A Vision into the Future of Wills? Or, Will Things Simply Never Change?

The Law Commission emphasize the “outdated” law of wills and have written a report to stress that the law needs to be updated to reflect the modern world of today. So what does the future hold for Wills?

The Commission calls for the “Victorian Laws” to be overhauled as they are failing to protect the most vulnerable in society. It is estimated that only 60% of all adults that die each year leave a will. Fingers are being pointed at the laws and strict formality rules that were provided by the 1837 Wills Act, as to why so many are put off.

“Making a will and passing on your possessions after you’ve died should be straight-forward. But the law is unclear, outdated and could even be putting people off altogether.
“Even when it’s obvious what someone wanted, if they haven’t followed the strict rules, courts can’t act on it. And conditions which affect decision-making – like dementia – aren’t properly accounted for in the law.
“That’s not right and we want an overhaul to bring the law into the modern world. Our provisional proposals will not only clarify things legally, but will also help to give greater effect to people’s last wishes.”

• Giving the court power to recognise a will in cases where the formality rules haven’t been followed but the will-maker has made clear their intentions.
• An overhaul of the rules protecting those making a will from being unduly influenced by another person.
• Applying the test of capacity in the Mental Capacity Act 2005 to the question of whether a person has the capacity to make a will.
• Providing statutory guidance for doctors and other professionals conducting an assessment of whether a person has the required mental capacity to make a will.
• Giving the Lord Chancellor power to make provision for electronic wills.
• Lowering the age at which people are able to make a will from 18 to 16 years old.
People should always be made aware that making a will is of the utmost importance, not for those writing it, but for their loved ones. People use wills to choose how to distribute all of their possessions and often to express preferences about what happens to their bodies after death. Certain procedures must be followed in order for a will to be valid. But if the formal rules aren’t followed, even when it’s clear what someone’s intentions were, people’s dying wishes aren’t acted on.

Many people might also not be aware of some of the law of wills. An example of a situation that many may not be aware of is when someone gets married. The marriage process revokes any previous wills. So if someone had made specific provisions in their previous will, these would be ignored and the new spouse would receive the bulk of the estate.

If you want to know more about the process of wills and would like to have your will written professionally contact WTB Solicitors. Our key focus is to make sure that there is no disparity between what you intend and what actually happens with your estate after you have passed away. No one likes thinking about death, nor do they like talking about it, which is understandable. The team here at WTB are dedicated to easing your mind and making sure your intentions and wishes are heard.

The Commission point out that a key example of these “Victorian Laws” is the current test which does not consider modern medical understanding. Currently the test focuses on “delusions” of the mind and doesn’t reflect the understanding of conditions like dementia where mental capacity can be variable. Even more than this, the test differs from the modern test for capacity in other areas of decision-making, the Mental Capacity Act 2005. 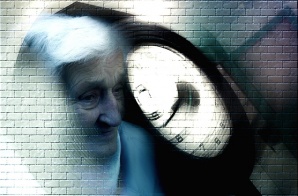 It appears that the law of wills has some catching up to do. However, many will argue that just because a person has conditions that qualify them under the Mental Capacity Act 2005 (meaning that they do not necessarily lack the capacity to make a specific decision), an individual can lack capacity to make some decisions, for example, to decide on complex financial issues. This would then lead to the question, where is the line? When defining the Mental Capacity Act, the NHS stated:

“Someone can lack capacity to make some decisions (for example, to decide on complex financial issues) but still have the capacity to make other decisions (for example, to decide what items to buy at the local shop).” There will be a need for the creation of a new branch to the Mental Capacity test, dealing specifically with will making powers. For example, where an individual is suffering from dementia, has a condition that has deteriorated so much so, there needs to be a cut off point where they can no longer make a binding will. This line may become increasing difficult to define as a will becomes more complicated and complex.

‘Will’ the commission manage to pave the way for a 21st Century Will?

One focus of the Law Commission as mentioned is for there to be a serious consideration made into the introduction of electronic wills, to better reflect the modern world. Current formality provisions in the 1837 Wills Act require a will to be in writing and signed by two witnesses at the same time. 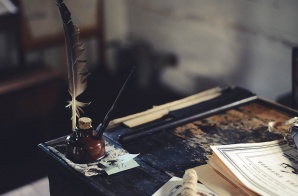 It is not a hidden secret that technology and data is now fully integrated with even the simplest of people’s day-to-day routines- work, pleasure and everything in between. With the vast majority of us sleeping next to our devices and using them to even wake us, technology is part of society and is here to stay. Some may go as far to say that it is now part of what it is to be human, that is our relationship with tech. Needless to say, if it is the will of the people, it should be the way of wills.

The commission have proposed the introduction of electric wills, or Ewills. The intention of introduction these Ewills, is to reflect the modern world. However, the commission are unclear as to the details of Ewills, the requirements that Ewills need to fulfil or how they will be designed.

Will this allow wills to be made in a more mobile manner? Or could there simply be too much uncertainty as to the regulation of Ewills, meaning that they may never be plausible? Only the future will tell. Follow, Like and Share WTB on social media for your latest law updates.

Currently, Social Media and data as a whole are given very little consideration by many when making a will. Perhaps because Social Media is so well integrated into the lives of many, it simply gets overlooked. 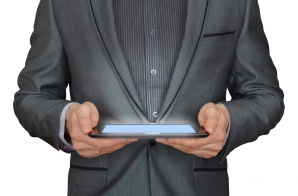 One major stumbling block that many come across when wanting to access a loved ones online data after they have died, is that most Social Media organizations will not open files or accounts, even where the dead account holder has died tragically. This means that many private photos, last thoughts and in some cases the last intentions of the deceased are not accessible. This can be traumatic for the loved ones that would gain so much clarity and comfort from seeing such data. You can request the removal of an account, or even request the account is amended to a memorial version, but gaining that all-important access for many is simply impossible.

In the modern era, data and digital assets should be given much more importance than it is currently given. Though it may not be physical in form, for many, their data is extremely valuable and should be treated as any other physical asset would be.

“More needs to be done in order to answer the question on how to deal with online information following death” … and … “You should consider compiling a digital asset log.”

It is possible to include a clause which directly relates to any digital assets which possess sentimental value; any distributive instructions should be enclosed within a letter of wishes. Here at WTB, we are dedicated to ensure that your wishes are heard and you intentions are met. In an ever changing world, creating the right will can be increasing difficult. We would always suggest getting legal advice to make sure that you are fully covered. Let WTB assist you and allow you to rest easy.

Below are 7 things that you should consider when making a Will. Here at WTB we are thinking ahead and what the future holds. If you need help with making a Will that will stand the test of time, contact us today on 0161 244 3311.

Facebook – By nominating a Legacy contact, you can make sure that you online profile is never forgotten or lost.

Online Banking – Make sure you answer the question: Have you dealt with your online banking the same manner you have done with ordinary banking?

Online Payment Mechanisms – Paypal, Amazon etc. Make sure someone will have access to you login and password. Cover yourself by putting this in your will or supporting documents.

Virtual Currency – A key example, Bitcoin. Currently there are no strict methods or guidance on to how this is done. So getting legal help with this issue, if you deal with Virtual Currency, is of huge importance.

Digital Media – Kindle, iTunes Library etc. Make sure that these can be passed to the beneficiary of your will. They are not transferable.

Cloud Storage – Photos, media and documents kept safe in the cloud may be lost if you haven’t made the correct provisions. One method is to make special arrangements for your passwords and access.

Business Emails – With many viewing emails as being the foundation to modern communications, especially in Business, make sure they are not lost and are accessible to those that need it. If you run a family business by not doing making provisions for this can have a drastic impact on your family.

Law Commission wants YOU for the open public consultation

In its consultation the Law Commission also asks the public what the main barriers they see to people making a will. They have said it will be an opportunity for people to tell it about their own experiences of disputes over wills following the death of a loved one. The paper also asks whether the rule that marriage revokes a will should be retained or abolished.

The open public consultation on wills will launch on 13 July 2017. The consultation will run until 10 November 2017. It is available to view and respond to here.