Britain loses its first and only LGBT Domestic Violence Charity 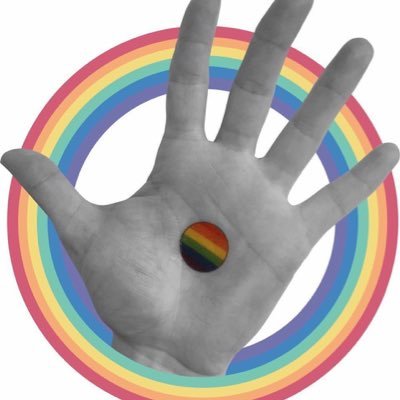 Britain loses its first and only LGBT Domestic Violence Charity as Cameron’s austerity policy causes yet another vital service to collapse.

Broken Rainbow’s closure marks the second prominent LGBT support service to close its doors this year. PACE announced closure in January, earlier this year, after 21 years providing support to the LGBT community for Mental Health issues. Broken Rainbow, based in Manchester, provided much needed support to LGBT Domestic Violence victims. Figures from the charity suggest that 1 in 4 LGBT people will face domestic violence from a partner or family member during their lifetime. Shockingly, this figure rises to 4 in 5 with regard to Trans people.

Thankfully, the crucial services, formerly provided by Broken Rainbow, have been taken on by other LGBT charities such as Galop and Stonewall Housing. The London based, LGBT Anti-Violence charity Galop have taken over the Domestic Violence helpline, ensuring support is still available on 0300 999 5428 or 0800 9995428. Nik Noone, Galop exec has stressed the importance of Broken Rainbow’s services, describing them as “vital”.

However, in the cold climate of budget cuts, this could put ever more pressure on already stretched LGBT services. Jo Harvey Barringer, Broken Rainbow’s managing director, said just last year that “LGBT charities are at the forefront of service cuts”. Through Cameron’s winter of austerity, Broken Rainbow had warned numerous times that it was under threat of closing down due to a serious lack of funding .Earlier this year, it seemed that the charity had been saved from closure when the Home Office responded to Broken Rainbow’s warnings with extra funding. Despite this, the financial hardships caused by the uncertainty of funding proved too dire to overcome, resulting in Broken Rainbow shutting down last week.

The LGBT Consortium describes the LGBT sector as resilient but has stated that numerous other LGBT services are “struggling to survive”. The sad news about Broken Rainbow illustrates an issue faced by many charity funded specialist services, which provide critical support to those facing a wide range of diverse issues, issues which mainstream services are often unable to handle appropriately. As much as the tory government herald austerity as the way forward, the fact remains that proper funding for services such as Broken Rainbow is vital to avoid further loss of essential support to the UK’s most vulnerable people.

Another point of concern is the effect that the closure of Broken Rainbow will have on the availability of Domestic Violence Services for men. Already lagging behind their female counterpart, Male Domestic Violence services take another hit now as Broken Rainbow’s support of gay male domestic violence victims is removed. Broken Rainbow’s figures show that 51% of there service users were male yet there are only 35 male refuge beds in UK. This is indicative of the larger issue of a widespread lack of awareness, understanding and support for Male Domestic Violence victims and provides yet another argument in favour of securing adequate funding for services such as these.

In November last year, the whole Family Law team here at WTB (and some of our referrers) received invaluable training from Broken Rainbow in the appropriate handling of LGBT domestic violence. Training like this is essential to ensure we continue to be an inclusive firm, with a knowledgeable awareness of diverse issues. The training we received highlighted the importance of understanding that LGBT domestic abuse may follow the same pattern of hetero abuse regarding violence and control, yet still include issues which are specific to the LGBT community, such as the fear of being outed. Broken Rainbow will be sorely missed as key service by both the LGBT community and the domestic violence victims and survivors who sought it’s support.

Broken Rainbow have taken to twitter to say “thank you and goodbye”, praising Galop for taking on the domestic violence helpline and thanking the Home Office for supporting the transfer of services.