The value of Legal Aid: Domestic Violence, a case study

When Jane** and Allan** separated, social services were involved on their relationship as Jane was suffering domestic violence. Sometimes these abusive incidents happened in front of their child.

After their break-up, Jane was living in fear as Allan was causing troubles despite not having her current address.

One day Jane met Allan on the street and he started to threaten her with aggressive behaviour. When the police arrived, Allan blamed Jane, and as she was overwhelmed and could not explain herself properly, both were arrested.

From this entire situation, Jane was fearful that if she made any further reports to the police Allan’s behaviour would get worse.

With the background of the case, our solicitor was able to obtain emergency public funding via legal aid and attend at the civil court to apply for a protective injunction within 24 hours.

The injunction banned Allan from communication or threatening Jane with further violence. If by any chance he should break this order, he could be arrested and punished with up to ﬁve years in prison. And more over, the police can arrest Allan immediately if the order is broken, even without a specific criminal offense having been committed.

Domestic abuse is a serious issue. If you are reading this case study because you believe that you may be in imminent danger, or you feel threatened in any way, then you should call the police as soon as possible. Thereafter you should contact a solicitor to advise you on whether you can make an application in court for your protection. If you are eligible, Legal Aid might be available to you. 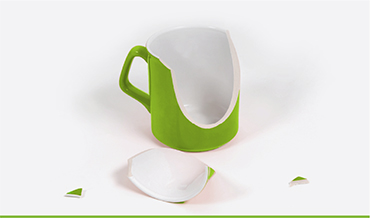 WTB Solicitors are expert lawyers looking after your security and wellbeign. For more information contact us online www.wtbsolicitors.com or call us on 0161 224 3311 ** People’s names have been changed to secure anonimity.